Uncharted 4- End of an Era 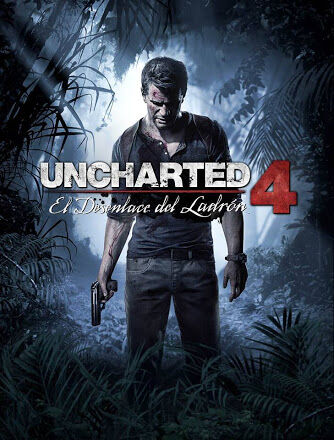 Uncharted 4: End of an Era

The summer of 2016 will be both happy and sadddning for the fans of the famous fortune hunter Nathan ‘Nate’ Drake as Naughty Dog gears up to release the final sequel to the Uncharted series. Naughty Dog serves as one of the most important reason as to why gamers opt for the Sony Playstation over Microsoft Xbox. They have given us the most historic and popular games like The Last of Us & Uncharted series which always holds a special place in the gamers heart.

The Uncharted series, originating and exclusive for the Sony Playstation with Uncharted: Drake’s Fortune, has broken many records in the field of gaming ever since its arrival in 2007. This series is one of the very few game series to have the highest ratings and reviews from many reputed game review sites and the fact that it is exclusive to only one platform takes the gamer’s craving for this action-adventure third person shooter game to a whole new level. To add to its craving, the series boasts a number of nominations and awards both voted by the gamers and the critics for the developers work in making it great, especially for the second title of the series which single handedly received over fifty ‘Game of the Year’ awards and more than thirty perfect review scores by famous gaming review sites and went on to become the highest rated game in the year 2009.

Let me move on to the finale, Uncharted 4: A Thief’s End, which is set to make a worldwide release on the 10th of May will hopefully be a fitting goodbye to Drake.

Uncharted 4: A Theif’s End shows Nate, now a retired fortune hunter settled into a normal life with his wife Elena, embarking on a globe-trotting adventure with his elder brother, Sam, who was presumed dead until then. According to Naughty Dog this installment of the series is considered to be Drake’s biggest adventure yet and the fans certainly do hope so.