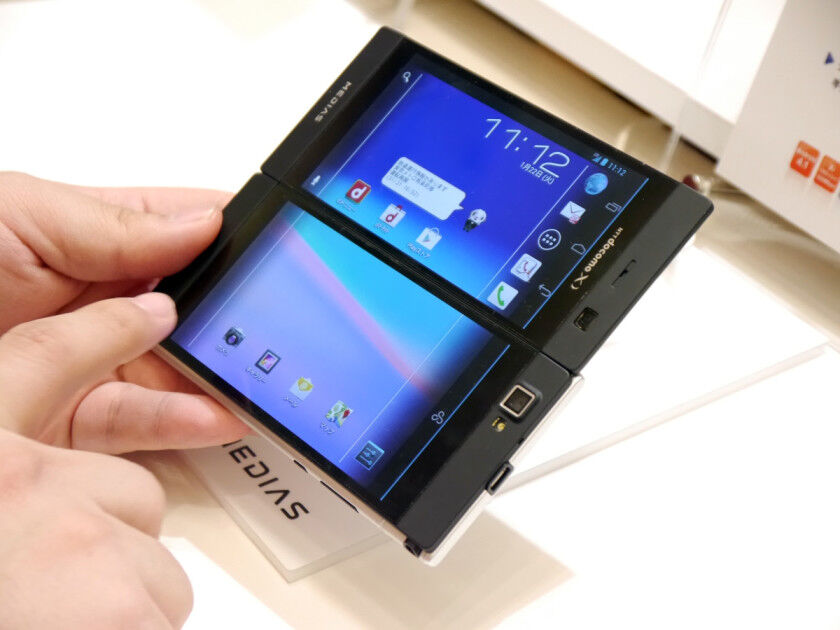 Remember this advertisement from CES 2013?
It’s gonna happen soon! A report from a leakster with in depth knowledge reveals that Samsung may be preparing to launch a foldable smartphone next year.

It was previously termed as “Project valley” and is expected anytime in January of 2015. The device is rumored to have dual display setup as seen in the advertisement(Linked above). It’s said to have a larger tablet kind of display that is flexible and is expected to be powered by Qualcomm Snapdragon processors. There will apparently be two version of this handset. This handset kind of looks like the Nintendo 3ds which has two screens and foldable. But in this case, it will be foldable and there will be a screen to make a smaller phone and will look like this: These images reveal the foldable Samsung device to have features of a Samsung Note 5 or a 10 inch tablet including sensor hover capabilities with a stylus or a finger. It works with the help of the IR sensor on the upper portion of the display and utilizes a touch sensor like seen in the feather touch, geomagnetic sensor, acceleration sensor,hinge sensor and proximity sensor.

Another feature of the Samsung Galaxy Note 5 may be a revamping of the stylus. A camera called “the Photographer” could be incorporated the pen will function as a second camera, with a button that users can press to take photo or video. Advantages of a camera stylus include free aiming and live viewing of the content on the display. The pen will be charged when it is docked into the stylus slot.

There are also indications that the dual-display design may come to tablets. “Other features include being able to erase text on screen by double tapping the end of the camera pen that turns the end into a digital eraser. Samsung also provide a chart of in-air gesture a user will be able to use with their camera pen to perform various tasks like flipping a picture to see the backside.”