India’s largest telecom operator Reliance Jio is going to charge customers (w.e.f 10th October 2019) a charge of ₹0.6 Per Minute for any outgoing call to another network. Fortunately, Jio to Jio calls is still free of cost. However, the company also declared that it will compensate customers by giving free data of equivalent value.

IUC or Interconnect Usage Charge is a fee that one telecom company has to pay to the other when a call from one Telecom Network( Reliance Jio ) is connected to or handled by another Network ( Idea/Airtel/Vodafone/etc ). This charge is levied on a per-minute basis and it is a major source of income for many Telecom Operators.

Why is it in Place and why Now?

This Interconnect cost is present because when a call or request from an outside network other than itself is to be handled then the network requesting for its services has to pay a small fee for the connection. TRAI in 2017 had cut the interconnect usage charge (IUC) from 14 paise to 6 paise and had said this regime will end by January 2020. If there is a Zero IUC, then minority Telecom Networks would not earn any money for receiving calls from other Telecom Networks and would suffer major losses.

To Justify the new charges, Jio said it has paid nearly ₹13,500 crores as IUC charges to rivals such as Bharti Airtel and Vodafone Idea in the last three years. The company said it has decided to charge customers to recover the IUC losses. What are the Pricing Options for Jio?

Jio users will now have to buy additional IUC top-up vouchers. Post-paid customers will also be billed at 6 paise per minute for outgoing calls with an increase in free data entitlement. This will be the first time that Jio users will pay for voice calls.

These charges are not applicable to calls made by Jio to Jio user and to landline phones and calls made using WhatsApp, FaceTime and other such platforms. Incoming calls from all networks will continue to be free. Calls that use the internet to function will not be affected by this move. Only people using Jio to call people from other networks would be affected by this move. 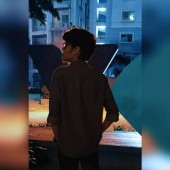