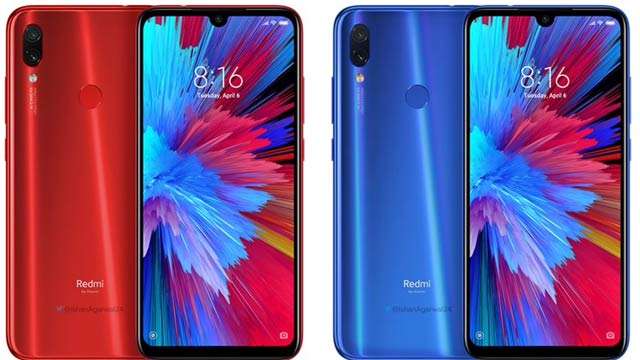 According to Xiaomi, the Redmi Note 7 Pro will be sold via Mi.com, Flipkart, and Mi Home stores, with select offline retailers to follow.

Xiaomi has also partnered with Airtel to provide offer the buyers of Redmi Note 7 Pro with up to 1,120GB of 4G data, unlimited calling, and free access to Airtel TV premium. The phone will also come bundled with a free “ultra-slim” case.

Xiaomi Redmi Note 7 Pro has a Sony IMX 586 sensor for the 48MP rear camera. The sleek phone will run Android OS. It comes with 4G, Bluetooth, USB, and WiFi connectivity. The upcoming smartphone will run on Android 9.0 out of the box.

Xiaomi Redmi Note 7 Pro was launched in February 2019 & runs on Android 9.0 OS. The Smartphone is available in three color options i.e. Blue, Black, Twilight Gold & has a built in fingerprint sensor as the primary security feature, along with the host of connectivity options in terms of 3G, 4G, GPS, Wifi capabilities. The phone is available with 64 GB of internal storage.

The Smartphone is powered by 2.0 GHz Octa core Qualcomm SDM675 Snapdragon 675 (11 nm) Processor.
A 6GB of RAM & Adreno 612 graphics processor ensures phone runs smoothly even the most memory intensive applications & still shows no signs of lag. 64 GB of internal storage can be expanded to 256 GB via a microSD card.

The Phone comes with a large 4000 mAh battery to support it’s 6.3 inch screen with IPS LCD display having a resolution of 1080 X 2340 at 409 ppi. The screen is also protected by a durable Scratch Resistant glass.

How to get GTA: San Andreas for free! [Limited Time]