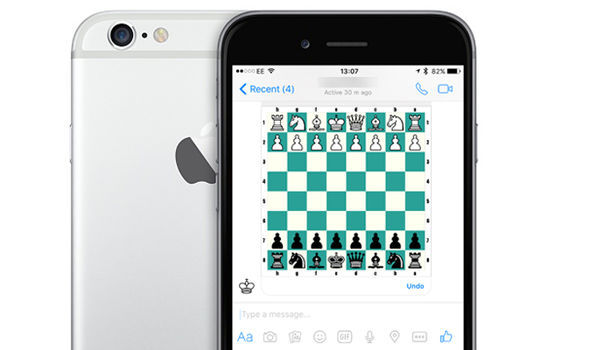 The facebook messenger is turning out to be one of the robust communication platform with more than 800 million users. Not just used for messaging but also various other features like sharing pictures or videos and other media files.

That’s what we know about the messenger. But with the latest update, facebook has added a new feature to play chess within the messenger by typing few things.

All you have to do is to type the command : @fbchess play

This feature of playing game within facebook messenger has been available for at least a month now. And most of the people / users don’t know about this. So here’s a quick guide how to use this algebraic chess :

Make a move using standard algebraic notation like:
@fbchess e4 or @fbchess Pe4 moves pawn to e4
Nbd2 to move knight from b-file to d2
B2xc5 to take on c5 with 2nd rank bishop
e8=Q to promote pawn to queen
0-0-0 or O-O to castle

So that’s how you play chess in messenger.