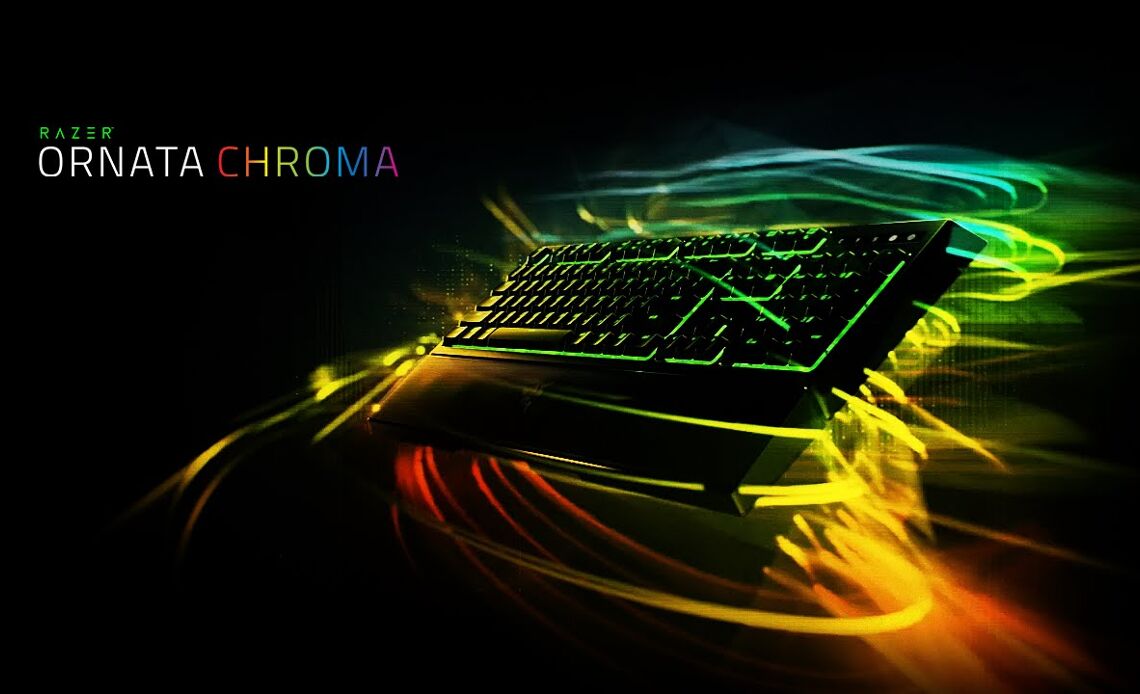 Razer announced their new ‘Mecha-Membrane’ keyboard the Razer Ornata which is supportively the first ever Mecha membrane keyboard.  Razer’s ornata is one of the clickiest keyboard ever which is one of the most satisfying feeling for lots of people there. The Razer Ornata is between Membrane keyboard and Mechanical keyboard. It has totally new kinds of switches which provides long lasting and low profile typing.

The Razer Ornata is a full sized keyboard with the traditional layout with a numpad. There are no extra media keys or customizable keys. Although there are the regular macro options and functions set if you need to make some adjustments. The keyboard is made entirely out of plastic unlike their classic Blackwidow’s which are made of metal chassis. The color of the keyboard is matte black which is used in almost all Razer keiboards. It looks extra glossy with a flair around it.

The main goal of Razer here was not to make a fake mechanical keyboard or semi-mechanical keyboard. The keys equipped in the Razer Ornata are actually switches which can be removed & inserted from their socket. According to sources, they are as clicky as Mx Blues or Razer’s own green switches.

At present, there’s a massive war for keyboard between the typist, everyday workers, gamers and so on. But once you get used to mechanical its hard to leave. For the long typist out there, Razer includes a wrist rest along with it which is the best. The Razer Ornata has loud and clicky feel and is mushier than the mechanical keyboard. At the price it is offered, i.e. $80 for normal with Razer Green backlight and $100 for chroma version.