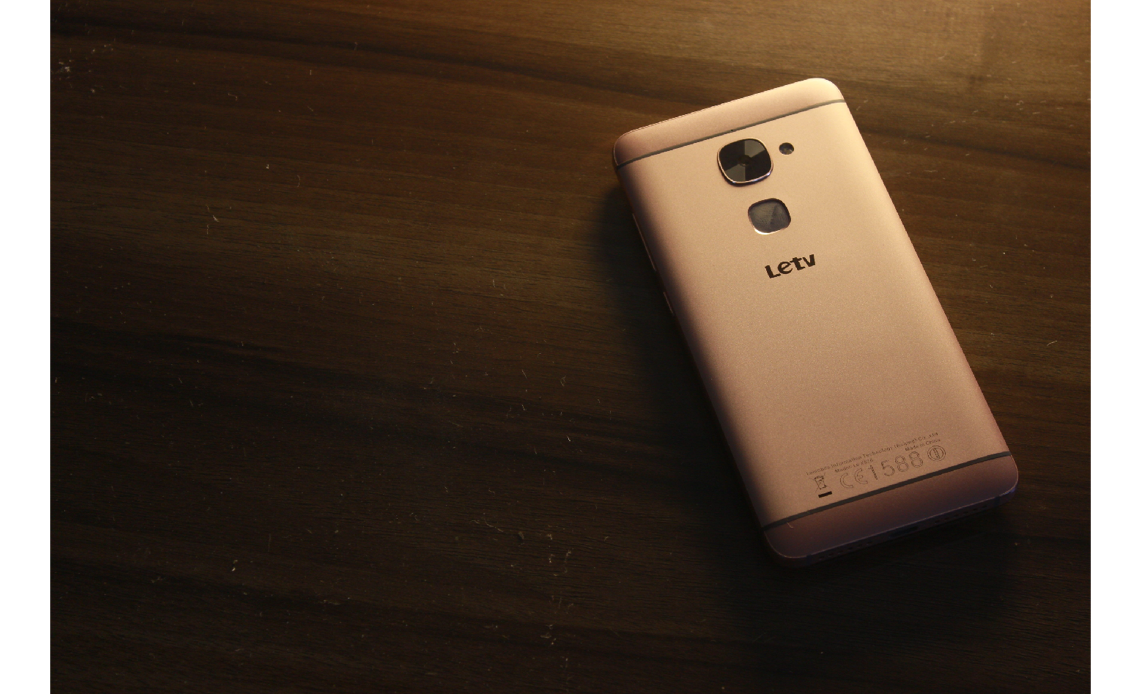 With the immense success of the Le 1s. LeEco is back with the next iteration of their “Super Phones”. The LeEco Le 2 has a lot to prove in the Indian market with their second budget option and its always easy to make a great first impression and fall short soon after. This can be seen from the likes of companies such as OnePlus which had a bad offset with the OnePlus 2 but had a great opening with the OnePlus 1 and that’s what this review focuses on, Does the LeEco Le2 stack well against current budget options or does it fall short??

To Start things off, The design of the phone is pretty standard affair, 2016 has seen a lot of full metal body phones and The LeEco Le 2 is one of them, but i do like it though. There are smooth curves to the back which meets slight chamfered edges, There is an evident but ever so light camera bump and a dual Led Flash to the right and a finger print scanner that’s ergonomically placed and easy to access. A LeTv branding (Not LeEco) sits below the Fingerprint scanner in the units i hold. The left edge of the phone has the sim tray that can hold two nano sims and the right edge holds the power and volume rockers. The top has an IR Blaster and to the bottom of the phone we have two identical speakers grills of which only the right one holds an actual speaker and a USB C port in the middle. The front of the phone holds the 5.5 inch Screen, sensors and earpiece sit in the top and three backlit capacitive keys that can be seen only when they are triggered and in use, sit at the bottom chin of the phone. So for those who are guessing what happened to headphone jack? The answer is there isnt one in this phone. LeEco has chosen not to include a 3.5mm headphone jack and in all honesty its an ass move but overall the design is good, great to hold, tactile and clicky buttons, good feel in the hand nothing to complain here except the exclusion of the 3.5mm jack.

On the performance front the LeEco Le 2 holds the best mid range chipset in the market, The Snapdragon 652 and 3GB of ram to go with it. The Snapdragon 652 is an octa core processor that is made up of 4 Low powered Cortex A53 cores clocked at 1.4Ghz each, 4 High powered Cortex A72 cores clocked at 1.8Ghz each and The Adreno 510 GPU. All this put together makes this phone a great and fluid performer, no lags or stutters, fast and fluid, Every thing you expect it to be. This phone can handle whatever you throw at it and it’ll hold its own in any scenario. The metal body dissipates heat evenly and it does get warm after heavy use but never overheats. Gaming and all other intensive tasks run well and the memory management is good.

So the LeEco Le2 performs great but needs to hold a good camera to win against The Redmi Note 3 or The Honor 5C and this an area where The LeEco Le 2 falls short. This camera is a B minus at best to me. We have a 16MP rear camera with PDAF and an f/2.0 aperture combined with an 8MP wide angle front camera. This camera only looks good on paper. The pictures I shot in daylight turned out good, ample detail, good colors, all that but under artificial light this phone is just an underwhelming performer. You need steady hands if you plan on getting good shots and the fact that even after you manage to get your hands steady, the pictures taken under artificial and low light situations have a lot of artifacts and noise, making them unusable. Video was the same, lots of artifacts, bad dynamic range, unusable footage. The Slowmotion video mode was the worst in this phone. The Resulting footage produced in slowmo lacked detail, contained too many artifacts and was entirely terrible. The inbuilt camera app cannot shift focus when taking video but this issue is not to be found in third party apps so you are shooting in a fixed focus. The only good camera in this phone is the front facing 8MP camera that takes good selfies under most conditions.

The display on this phone is a 1080p IPS panel with a pixel density of 401ppi. This display is great. Good saturation, Good contrast levels and ample brightness. The viewing angles are great too. There is no mention about any type of screen protection but the phone does have an oleophobic coating to keep fingerprints out. Good stuff on the display front.

On the software side of things, this phone runs on Android 6.0 Marshmallow with EUI 5 on top. EUI is LeEco’s android skin that holds no app drawer and has a few changes here and there, the main ones being the shift of the quick toggles to the recent apps tray. A slightly different settings menu and the addition of a theme store and LeEco’s pre packaged apps most of which are streaming services that LeEco has added with the phone. The system is fast and the animations are not overdone. EUI does not offer much in terms or features and is just pretty to look at. There is not much functionality built inside the skin to make it worthwhile but it does stay out of your way and does not burden you in anyway. Overall this user interface adds eyecandy and leaves the rest bare bones and pleasurable to use.

The call quality and cellular reception on this phone was good, no calls dropped and an overall good experience. The Audio via the single downward facing speaker was good, the sound was loud and clear with not much noticeable distortion even at max volume. The audio via a pair of headphones or earphones is bad. Since there is no 3.5mm headphone jack you need to depend on LeEco’s CDLA type C earphones that they provide and if you dont want to use those, there is a USB Type C to 3.5mm converter that is in the box and the audio via this adapter is just teeny and lacks depth and volume. LeEco’s adoption of USB Type C for audio is too early and is not polished enough to make its implementation worthwhile for users. I cant comment on the audio from the USB Type C earphones that come with the phone because i was not sent one with my review unit and also i did not get one when i bought an unit to get the earphones in the first flash sale. Im Supposed to get one in a week or two for the unit i bought but honestly I hate LeEco for this move. Users who bought the phone on LeEco’s official E-Commerce site Lemall.com/in need to wait two weeks for a SMS code that’ll be sent to the users who bought the phone, after which they can buy the earphones for free using the code, Like WTF!!, im pissed and waited long enough for the earphones to come before writing this review and when they come maybe ill do a separate piece on them.

Battery and The rest:

So powering this phone is a 3000mAh battery that gets you through a day of heavy use and two days if you just text and call. This is not bad for a 3000mAh phone in anyway and there is nothing to complain. The phone supports quick charging and can charge your phone fully in 90 mins. The fingerprint scanner is fast enough, not the best even in this price range but good enough. The IR blaster is a nice thing to have but LeEco only lets you use the in built remote app that restricts the possibilities and devices the IR sensor could potentially work with.

So the LeEco Le 2 has had a number of issues that have surfaced recently such as the screen creak issue, performance issue and camera quality issues. For me the screen and performance were fine but the camera had a fall. Many reviewers complain about different issues. Some say the camera on The LeEco Le 2 is better than the one on the Redmi Note 3 and others say things differently and these quality control issues plague the LeEco Le 2 and has made buying this phone what one would call not a safe bet.

So for me the Le 2 is a mixed bag. The LeEco Le 2 holds a lot of potential for what could have turned out to be The best budget smartphone but fails to do so. This phone lacks refinement and consistency. I like this phone for its performance but the same performance can be found on phones such as the Honor 5c and Redmi Note 3 and those two phones have their own unique selling points that are stronger and better defined not half baked as The LeEco Le 2 turned out to be. The lack of a decent camera (not asking for a  good one), the unnecessary removal of  the 3.5mm jack complicating ones music listening experience and the quality control issues that plague this device lead me to say this phone is not there yet.