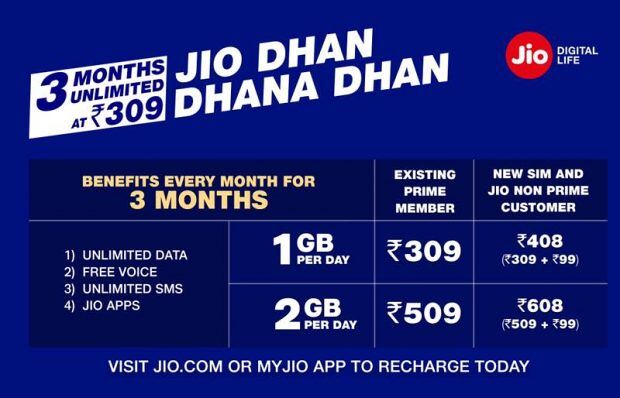 After the official news that the Rs.303 offer from Jio has been removed by TRAI as per the rules, yesterday the official Reliance Jio website gave a hint that its all set to introduce new tariffs and plans as it had to withdraw the jio Summer surprise offer.  But now it is official on Jio’s website.

These new plans are similar to the Summer surprise plan which also gave 3 months of validity and similar costs. The speed after the FUP of 1GB or 2GB according to the plan you choose will be reduced to 128 kbps.

But there is nothing mentioned for the users who have already recharged for the Summer surprise plan for Rs.303. The company is yet to announce the new plans and if these new plans turn out to be true, it will be considered as a huge competition for the other telecom companies.

By Rayon Rozario
Other