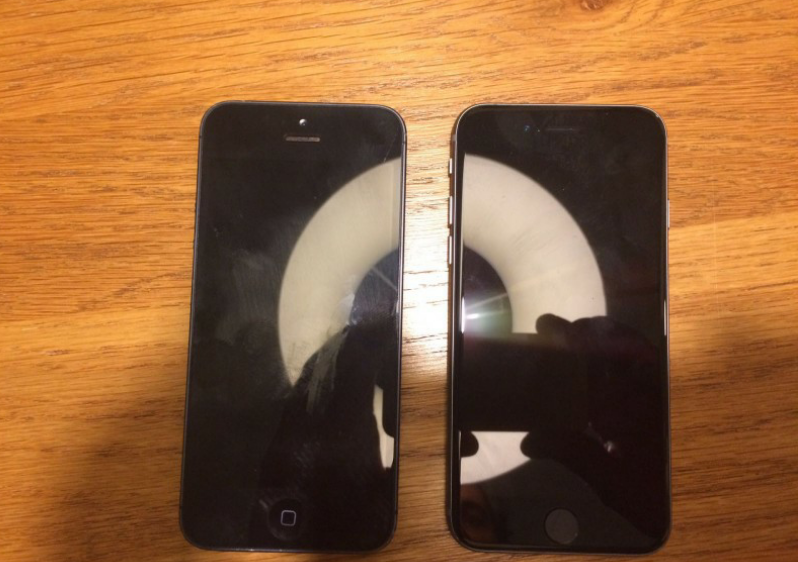 As we can see in the above photo , on the left side is an iPhone 5 and on the right side is the new purportedly rumored Iphone 5se /6c as that is what people call it . This phone is rumored to feature the iPhone 6 specs in a smaller and upgraded iphone 5s. As we can see the hardware generally looks like an iPhone 6 but in a compact 4 inch size. the volume and home button ; both are placed on the left side of the phone.

It is rumored to feature a A8 chip that was earlier seen in the iPhone 6. It will have the NFC  ( near field communication ) feature along with the apple pay facility which was introduced with the iPhone 6. Unfortunately it will not feature the ‘3D touch ‘ that came along with the iPhone 6s. the 5SE/6c  will come with 2 variants based on memory : 16/64gb . The rumored price for the 16gb version is $499 and the 64gb version is $599. This phone will have the 8MP isight camera and a 2mp facetime camera. This phone is expected to be announced on April 11th along with the apple watch 2 and the iPad air 3. As of known this phone will come with 1 GB  of RAM. Many small – screen smartphone fans were dissappointed with the iPhone 6 as it featured a 4.7 inch display so apple decided to bring in the smaller screen size variants.  The stock revenue of apple was less than expected as the 6s was almost similar to the iPhone 6.

As it is rumored that the iPhone 7 will have a USB type C , this 5SE will go classy with the USB 2.0 as rumors say it.  But it will be considered the second generation of the iPhone 5s and hereby not the iPhone 6s. so this concludes that the iPhone 5SE is a new entry into midrange by Apple.  Apple fans who cannot afford over expensive phones will definitely love this piece of machinery. So let’s wait and Watch..

Also check the previous one :