Intel’s Kaby Lake CPUs Revealed, So is it worth Upgrading? 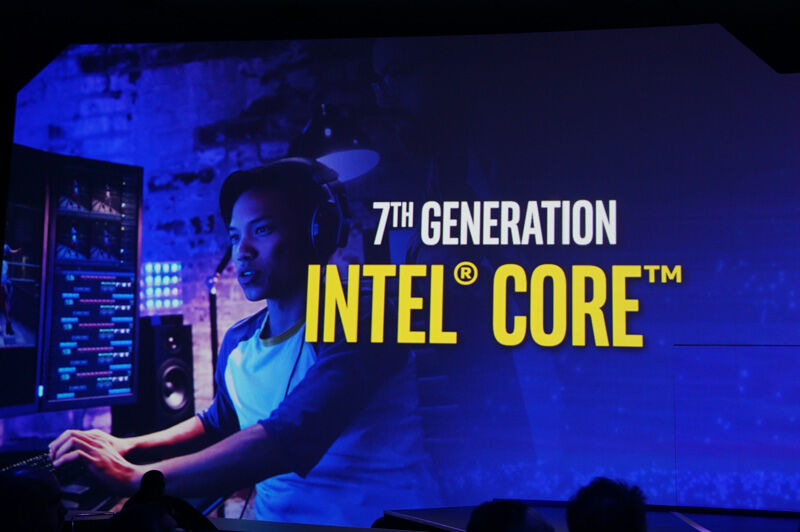 The curtains are off on the new Kaby Lake line of processors from Intel and the question on everyone’s minds, Is it worth upgrading to? well the short answer is, NO. Here’s why though, Intel is still stuck with the same 14nm manufacturing process that they used on the Skylake processors from last gen and Kaby lake is just an incremental update with higher clock speeds disguised as a new generation of processors. Okay, let’s just look at the raw specs of the newly unveiled Intel I7-7700K from the Kaby Lake lineup, which by the way represents the highest end Quad-Core chipset from Intel currently in the market and compare it to the previous year’s equivalent CPU the I7-6700K from the Skylake Lineup.

From the above images we can see that the amount of core/threads and also the cache are the same on both processors, however, we do have a higher overall boost clock at 4.5Ghz on the 7700K compared to the 4.2Ghz found on the 6700K and that boost while maintaining a slightly lesser overall core temperature and TDP(rated power consumption). okay now to why this ain’t worth upgrading to. So, Intel over the years hasn’t made drastic changes to the way their processors perform and if you have an equivalent processor from intel, say from even the Ivy Bridge era, then there is not much reason to upgrade to.

For those who don’t know the Intel lineup and the codenames that corresponded them through the years here’s a short table.

Most day to day tasks and even gaming doesn’t gain much from the new generation of processors and you would be better off investing in a better discrete graphics card or an SSD if you don’t have one yet and these offer significant performance gains to almost 99% of general users and even gamers. This fact is also evident from Intel’s own pricing, with CPU prices from the Haswell series still remaining almost the same since launch and close to the price of equivalent CPU’s from the current generation. The law of marginal gains applies here and you don’t get what you pay for when upgrading.

look at these PC mark scores and clearly, the overall performance gain has seen a very slight increase every generation and this leads me to say that the cost of investing in a new CPU and a new motherboard to go with it would be better used elsewhere if you still a good processor from 2 or 3 generations ago. There is, however, a caveat, If you are building a PC completely from scratch, you would be better off with the new Kaby Lake Lineup since it would offer you slightly better performance for pretty much the same cost of either a Skylake or Broadwell or even a Haswell CPU.

So, What do you guys think about the new Kaby Lake lineup? leave your opinions in the comments section below.