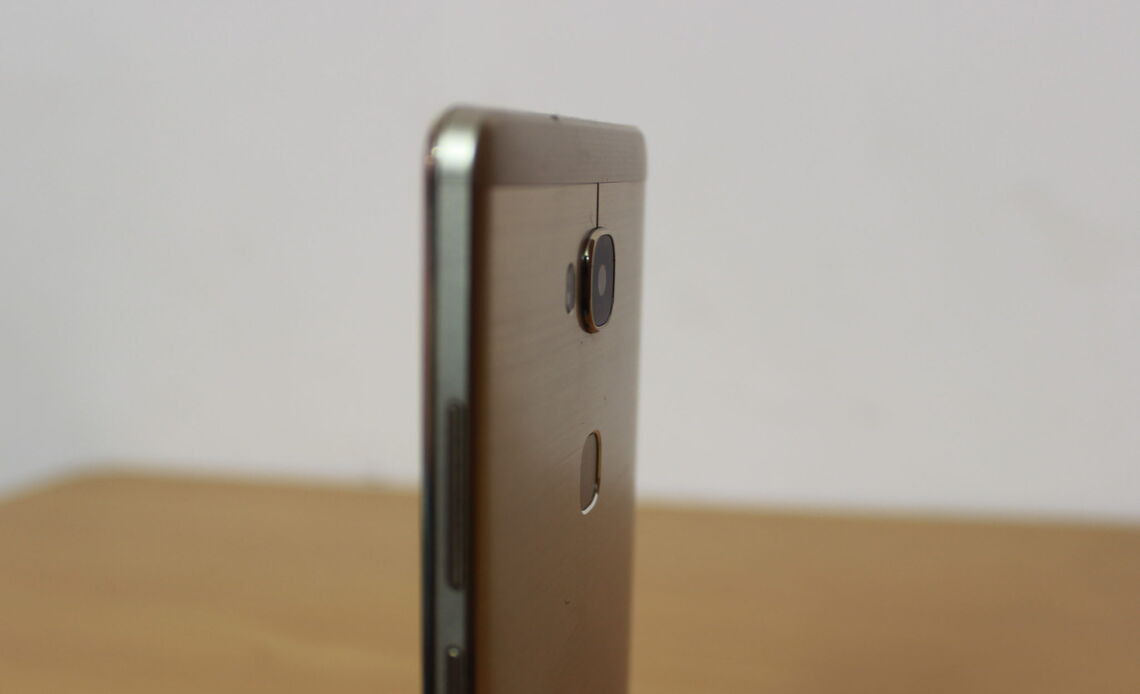 The Huawei Honor 5X in my books is a complete package, It gets all the essentials right and wraps it around with a very neat and premium design and does it all at 200$. So to start things off lets talk about the design.

The Huawei Honor 5X sports a metal body design that has a brushed aluminum feel and has a chamfered edge that goes around the back trim of the phone. The Camera sits in the middle of the back with a ever so slight bump to it, flanked by a single LED flash to the left and a fingerprint scanner sits right below the camera module. To the front we have a 5.5 Inch display that has a really ugly border surrounding it and the usual array of earpiece, sensors and front camera sit atop the display. To the bottom we have symmetrical grills with the right one holding the speaker and in the middle lies a Micro USB port. On the Top we have the 3.5mm headphone jack and the secondary noise cancellation microphone. To the right we have the volume rockers and the power button both of which are kinda mushy but they do have a different texture to them from the rest of the body which helps in differentiating them easily and finally to the left you’ll see two slots, The top one is for a MicroSIM while the lower one is a longer tray that has space to fit both a nanoSIM and a microSD card slot and to sum it up the overall design of the phone is really good and the phone feels solid and substantial in the hand, the back is pretty slippery but that’s every metal phone ever. The overall weight is well balanced and the metal does make it feel premium in the hand.

Coming to the specs the phone comes with a snapdragon 616 SOC and this chip is supposed to fix all the issues that plagued the 615, we’ll come back to that in a minute. The phone also holds 2GB of ram and a 5.5 Inch 1080p Display. The Snapdragon 616 is a octacore processor clocked at 1.5Ghz and put all this together and The Honor 5X is a phone that performs well but lags a little here and there. It takes heavy apps sometime to load and holds its own when switching between apps and when gaming the phone plays most titles well, you are going to however face minor frame drops with intensive games at the highest graphic settings. Qualcomm seems to have sorted the problems out in the 616 chip more or less but it still leaves a lot to be desired. The phone does heat up during intensive tasks but does not throttle unless a huge load is thrown at it. In conclusion The Huawei Honor 5x performs most day to day tasks easily and holds up pretty good during intensive scenarios. The fingerprint scanner was quick and accurate and was fast to set up too, Huawei has done a great job with all their fingerprint scanners and this  holds true for The Huawei Honor 5X too.

On the software side of things the phone comes with Android 5.1.1 Lollipop with EMUI on top and like most Chinese OEM skins it lacks an app drawer, which I never  did mind  before. EMUI has a lot of great features built into it and this makes a for a great experience. The fingerprint scanner could do a lot more than most other scanners out there because of EMUI such as bringing down the notification tray and open the recent apps tray, take a photo and long press to go to home and so on. These features do enhance the user experience and there is a lot more built into it such as a multi window mode but it does lack support for a lot of apps but still something is better than nothing. The one thing that is carried forward from stock android is the presence of soft keys instead of hardware buttons.

The phones 1080p 5.5inch display has good viewing angles and the contrast and color levels are good. The part that bothers me though is the presence of the huge black border around the screen, from an aesthetic stand point that is a sore spot. The bottom facing single speaker is not super loud but it is loud enough and its clear and has a little bit of that low end and makes for a decent media consuming experience. For the cameras we have the 13MP rear camera and the 5MP front camera. The rear camera has a f/2.0 Aperture and a single LED flash accompanying it. The pictures shot on both cameras were okay. Shutter response was fast and images taken in daylight turned out to be good but too soft at times. Noise levels were too high for the photos taken in dark environments and the image processing seemed to be a bit off at times. The front camera produced good images, the wide angle lens helps with bringing in more than just 3 people in a shot and overall it produced good self portraits. The camera is interface is a bit cluttered. It does however have a few usable camera modes and its okay for the most part. The camera interface is pretty reminiscent from my time with the Huawei Honor Holly 2 Plus with a few additional modes thrown in.

The battery life on the Huawei Honor 5X’s lasted me a full day on most days, with around 20% remaining at the end of a 12 Hour day and this is expected from a phone with a 3000mAh battery. The cellular call quality was good and call drops were minimal if not non-existent.

The Huawei Honor 5x provides an all rounded package that gets all the basics of a smartphone right without frills and whatever it does, it does right with no hassle or effort and that is the strong point of the Huawei Honor 5X but it does not make much sense in a market like India where products like the Xiaomi Redmi Note 3 provide far more value for a cheaper price but in a market like the United states, This 200$ smartphone makes far more sense.