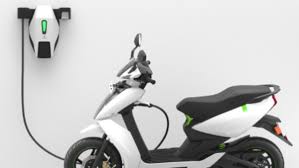 “Change is inevitable“, to support that statement people have started using electric vehicles for both day to day commuting and long-distance rides. And recently in INDIA 2 companies have got down into electric mobility business and they are the talk of the town. Let’s look at them in detail.

In an effort to make the Earth a better place to live, automobile industries are going all-electric. So is this the future?

The term internal combustion engine usually refers to an engine in which combustion is intermittent, such as the more familiar four-stroke and two-stroke piston engines that are commonly found.

Whereas, an electric motorcycle works essentially the same way a petrol-powered motorcycle works: it is propelled by an engine, and that engine requires fuel. The main difference is that the gas fuel in a conventional motorcycle is replaced by either batteries or fuel cells in an electric version.

The main components of a lithium-ion battery are Cathode, Anode, Electrolyte, and separator. The recent increase in demand for lithium-ion batteries, the lithium mining industry is going boom now. Many mining industries are being heavily exploited to try to extract the largest amount of lithium from the Earth possible – but this is having major repercussions on the environment. Energy-intensive extraction techniques and unwanted contamination side-effects highlight why monitoring the mining industry is so crucial in today’s increasingly eco-conscious world.

Since this extraction process contaminates the water bodies, a huge amount of fishes die due to the infusion of various chemicals in the water. It’s been estimated that it takes roughly around 500,000 gallons of water to produce just a single tonne of lithium. Instead, this water can be used in farming or raising livestock.

Another important part of lithium-ion battery is the “Cobalt” which is also called as the “blood diamond of batteries”, it is the costliest part of the battery and mining of Cobalt is not a simple task, it mostly violates the human rights of the workers working in Cobalt mining industries.

Well, that’s the technical aspect of problems caused by the increasing use of lithium-ion batteries. Now let’s look practically. Most of the electric motorcycle companies claim the true range of 60-80 km, which will not be enough for day-to-day commuting. Since the rider cannot be charging the battery regularly. If in case someone forgets to charge, that’s it he is doomed enough for the day.

And in some cases, you would have to take the battery out charge it and then place it again, which will not be possible for all unless you have a well-built body since the battery will easily weigh around 18kgs. Even if the manufacturer promises to bring up charging hubs all around the city, I don’t think each and every city in a state will be given equal importance.

Moreover, sometimes you require a 5A socket to charge your vehicle, which will not be possible all the time. Thus, switching to electric can be cost-effective than an internal combustion vehicle, but still, it will be too early to get hands-on one, since charging the batteries is still not as easy as refueling a motorcycle. So it is better to wait for some more time. And also using lithium-ion batteries will not be the future trend, as it affects the environment in a lot of ways.

Hence, coming up with an alternative will be a better option than depending only upon lithium-ion batteries.

How Much Does It Cost To Own An Electric Motorcycle?

How Fast Can They Go?

How Long Do They Take To Charge?

They would easily take around 3-5 hrs to fully charge.

What Lifespan Does the Battery’s Have?

In general, with regular use, an electric bike battery becomes less efficient after 3 to 5 years. They tend to become widespread and may hold up to 1000 charge cycles.

What Does It Feel Like To Drive An Electric Bike?

Most of the electric motorcycles will be very silent, but the Revolt motors have fitted speakers at the bottom of their motorcycles, through which you can play 4 different motorcycle sounds, which can be customized through the mobile app.

Affordable and Stunning Mercury Premium Series of Chassis is Now Available in India.