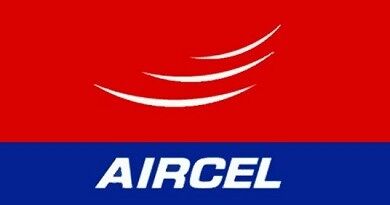 Chennai, June 28, 2016: With the objective of fuelling mobile internet adoption in India, Aircel through its ‘Be Online with Aircel’ initiative continues to innovate in its product portfolio to encourage people to experience the benefits of mobile internet. Under this umbrella initiative, Aircel introduced a host of unbeatable products that offer maximum affordability for mobile data to consumers, such as Free Basic Internet and Unlimited 3G @ Rs. 9 per day, essentially to help bridge the significant divide between urban and rural India in terms of mobile internet consumption. The many successes of Aircel’s ‘Be Online with Aircel’ initiative with industry-first propositions include striking jumps of 53% in data revenue and 65% consumption growth in a little less than a year for Aircel.

Aircel has also introduced a revolutionary data proposition of providing ‘1 GB for all’ mobile internet to all prepaid customers at a price which is affordable and will ensure that all customers can enjoy a meaningful internet experience of at least 1 GB. The validity of the pack changes as per the customer’s usage pattern. For example, the validity of the pack would be higher for a customer whose data usage pattern is lower compared to a customer who uses data extensively. This unique offering ensures maximum customer delight and encourages customers to use mobile data more often.

Sunil Kuttam, Head – Data & Devices, Aircel, said, “The internet penetration in rural India is remarkably low at 13% as against 54% in urban India in a country that anyway has the lowest internet penetration among major economies. One of the factors that negatively influences this phenomenon is high data prices, and as a responsible telecom operator, Aircel is taking the lead in the mobile internet space with renewed energy and vigour with its ‘Be Online with Aircel’ initiative that simply aims to get more people online by making mobile internet affordable for all.”

He adds, “Data consumption by Aircel customers has seen a dramatic rise since the launch of the umbrella campaign – our unmatched offerings helped Aircel record 53% data revenue growth and 65% consumption growth in 2015. In addition, we witnessed 104% growth in 3G revenues and 167% growth in 3G users last year. The penetration of 3G devices has also grown by 65% and subscribers by 144% on year-on-year basis for Aircel. With Aircel’s new, attractive mass campaign that appeals to all to ‘Be Online with Aircel’, we aim to continue driving a much sharper growth this year, which will help us take data to the next level of growth and acceptance in India.”

Aircel also has a strong play in RHBO (Reverse Handset Bundled Offer), wherein the company incentivizes new smartphones coming into its network, and that it is increasingly adding more smartphones to its network is a very positive sign in the desired direction.